What a year and a half it has been.   Last spring we were able to see you in person.   Now we are in real school, five days  week.   I am so happy to be back to normal, that even wearing a mask isn't half that bad.  It isn't perfect, but it better!

Our first week an a half is going to touch on skills we will use throughout the year.

1.  Students are to interview someone they know who remembers 9-11, the September 11th terrorist attacks on the United States.

2.   Students learned about the sinking of the Titanic.

Like 9-11---there were flaws in actual practices.   Just as there was poor airport and airplane security, the Titanic did not carry enough lifeboats, nor was the ship built strong enough to withstand certain collisions. 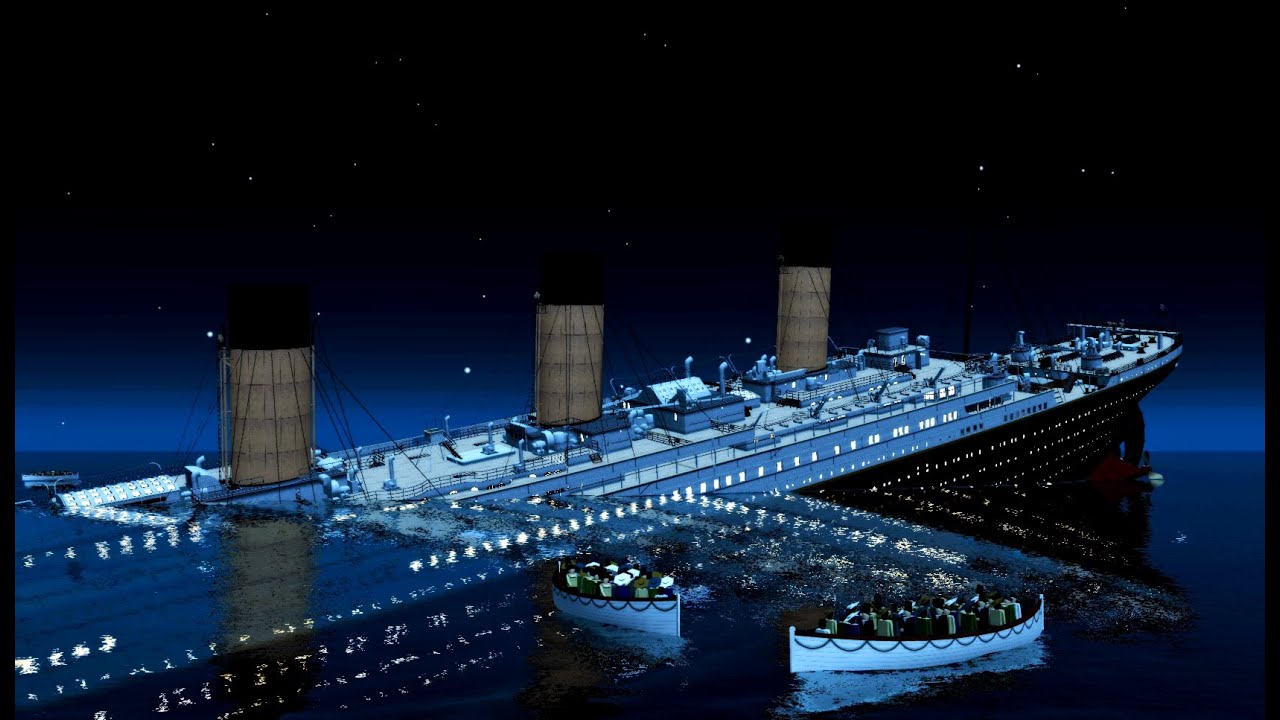 Like 9-11---there had been long term threats of terrorism, and the world trade center had been bombed before, there had been other serious iceberg collisions.   Furthermore, the competition between Germany, England, and France, to have the fastest ocean liners contributed to culture of "speed" at the cost of all other safety precautions.

Like 9-11---which exposed the vulnerabilities of the United States to internal attacks, the Titanic exposed the myth of "unsinkable" and came to represent the decline of the British Empire.  Here is a picture of one of the terrorists, Mohammad Atta, being let through security at Logan Airport, Boston. 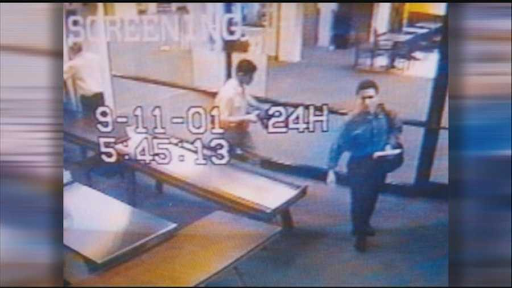 Like 9-11---which resulted in major overhauls of airport and homeland security, the greatest improvement in maritime (sea) laws occurred in the months and years of the Titanic sinking.

Students will be writing an essay based on the primary documents about the Titanic.

DISTANCE LEARNING is up and running....class codes are below if you do not already have them.

Mrs. Olsen is grading and returning work from distance learning.

On April 19th, she will be posting her new assignments for Grades 9 and Grades 10.  Every Monday, the next assignment will be up.

Students please try to complete your work for the next week by the following Monday.   Many of you are getting your work in within the first few days....good for you!!  The assignments are interesting and should be easy to complete.

This distance learning is very different from being in the classroom, but it is learning, and so trust me you will learn some things in the next few weeks!
Posted by Mrs. Olsen at 10:11 PM

Last week, Mrs. Olsen emailed all her students and parents with their class code: but guess what...that was a needless step. It looks like the district created classes for her and populated them with her students.  So we are back to square one.  This time, however, I have been told that you are now all enrolled in my class instead of having to invite you in.  I hope this is the case (fingers crossed)

I think that all of you are in my classes now---but I have put in the new class codes below, JUST IN CASE!    This is a  learning experience for her.  Usually, she would just go down the hall and ask someone what was going on.  BUT GUESS WHAT?  She's now at home, like you, waiting this crisis out.   Are we going through some sort of world changing event---yes we are!  It is going to be very rough but hang in there.

In the meanwhile, distance learning will begin on Monday, April 13th.   I have loaded in the assignments for all my classes.  You can also click on 9th grade or 10th grade off to the side for a description of what is required of you this next week.  All work for this week is due on the 20th.     They include a viewing part (which is usually an easy to understand powerpoint) and encouragement to watch youtube videos to enhance and help to answer any question you might have.  There is also two written assignments that will be mainly based on personal response.

You can also ask me any questions during my VIRTUAL OFFICE HOURS, which are on Tuesdays and Thursdays from 1 to 2.   Now I am not sure how this is going to work---but we will get better and better at communications.  You may not be able to connect and I may be frazzled this week trying to connect wiht you.   You can always email me directly.   Just to show you I am trying to learn more technical skills, I am showing you a CREEPY HAND PHOTO of me typing this exact message into the computer! 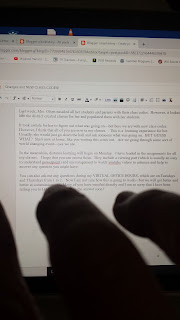 Here are your new class codes in case you are still lost:

Education during the COVID 19 crisis.... 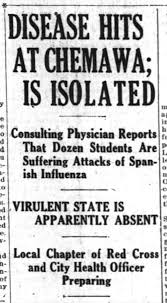 Throughout the past two weeks, there has been constant communication from Oregon Education, our school district superintendent, Christy Perry, and our Principal Mr. Barkes.   Their concern for you as students is of great importance---both your physical and emotional wellness, and your educational progress. We are going to be working together to figure out how to relay some distance learning to you during this next month or so as we are quarantining ourselves during this epidemic.

I have also been very concerned about all my students---both the economic impact on your families and the isolation.   Once we get up and running, I will do all I can to make education as interesting as possible.  You have been wonderful students this year----so I hope that we can continue to connect through some of the supplemental assignments that will be made available to you. 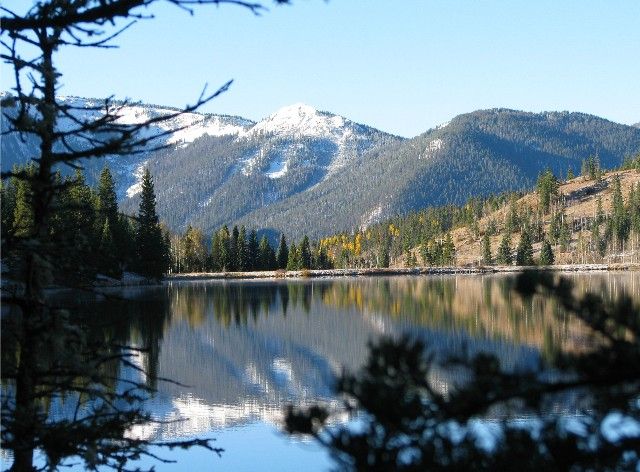 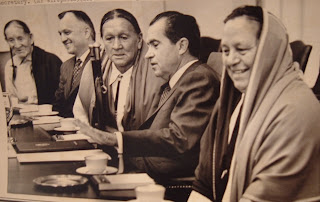 In 10th grade history, students are learning about the American Indian Movement. This last summer I received a National Endowment for the Humanities grant to study in Santa Fe, New Mexico. We were taken to the Taos Pueblo, outside of Taos, New Mexico to learn more about their sacred river, and its source, Taos Blue Lake.

Taos Blue Lake is in the mountains above the Pueblo. The setting is beautiful, and it is patrolled by Native Americans who try to keep the site sacred and pristine, for to them, it is the source of the Pueblo peoples.

During the disorganized and predatory time of reservations and land grabs, Taos Blue Lake ended up in the hands of the federal government. After years of advocating for the return of their lands, Richard Nixon signed the return of the lake to the Taos Pueblo. He said,
“this is a bill that represents justice, because in 1906 an injustice was done in which land involved in this bill, 48,000 acres, was taken from the Indians involved, the Taos Pueblo Indians. The Congress of the United States now returns that land to whom it belongs… I can’t think of anything more appropriate or any action that could make me more proud as President of the United States.” For this act, they revere him. If you google Taos Blue Lake, you will only find one picture. For the Taos people, it is so sacred, that they do not want it seen by those who are not of the tribe.
Posted by Mrs. Olsen at 2:17 PM

The last summer before the apocalypse of World War I... 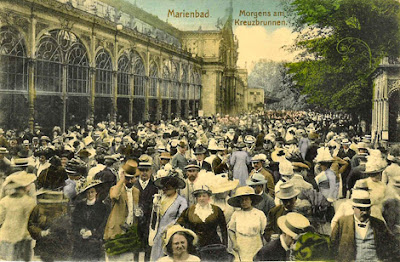 Everywhere in Europe in June, 1914, there was talk of tensions among the alliances.  This time was also known as the "last summer" before World War I began.

It would be remembered with great nostalgia and sadness by those who survived World War I.  Let's check in on what was happening during that time:

Coco Chanel had just opened up a second store in Paris, on the Rue Cambon...where there is a Chanel store even today.

Oskar Kokoschka, the painter, was finishing up his masterpiece, Bride of the Wind.

Sigmund Freud was writing his paper, "On Narcissim."

It was a beautiful June--but little did the peoples of Europe realize that by the end of the summer, over half a million Europeans would be dead and wounded in the opening month of the Great War.
In the years to follow, millions more would die.   The end of the war brought a fractured peace treaty...which led to the rise of Hitler and yet another war.   All who lived through both wars would say, that the last beautiful summer was that of 1914.   Thirty years later, much of great European cities in Poland, Austria, and of course, Germany, lay in ruins.
Posted by Mrs. Olsen at 12:22 PM

Christmas Break---all students have study guide and answers are up until January 6th.

Well, it has happened. .  We are out for a long Christmas break and Mrs. Olsen is home with the two cats, two rabbits and two dogs that occupy her house. 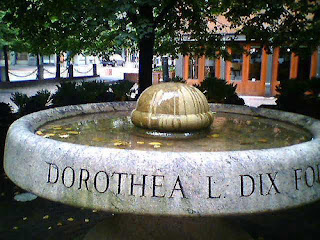 We have been learning about the Progressive Era in Social Studies 9, and part of that Era was the formation of the Humane Society in 1866.  Earlier animal societies had been formed in Europe, but now Americans joined groups that were concerned about the treatment of animals:  including domestic pets and livestock and transportation animals.  Here is a picture of the Dorothea Dix Fountain in Boston that was created for horses to drink out of.  Dorothea Dix was a popular supporter of animal rights, but she is best known for her pioneering work with the mentally ill.

Mrs. Olsen shares her home with Joey and Bumbles.  They are not owned by her, but they live with her, and actually just kind of tolerate her.

The most famous cat was Petrarch's cat.  Petrarch was an Italian poet, who was very attached to his cat.  He actually wrote a poem to his cat, which has made that cat very famous.  It was even put on a tomb.  Mrs. Olsen did grow up in Salem, but her family dogs are buried out at the family farm near Turner.  It makes her sad to think of her animals that have passed on, but happy to think they can hear the calls of the Canadian Geese in the fall as they fly over their final resting place.  Many students also have animals and have adopted them from Humane Societies.  Mrs. Olsen's two dogs are rescues.